League of Legends is the most popular esport in the world and one of the most popular PC games in general. With these five ProGame tips you will easier level up your game, and thus also your rank!

Every League of Legends player has room to improve their game. To do that, it is necessary that you try to fix the mistakes in all the matches you play. “Spamming” the matches alone won’t help you much. Luka “Perkz” Perković stated in a recent interview that “aimless” playing of SoloQ matches later proved to be a waste of time. So, if you want to progress in the game, enter each match with the goal of getting better. Here are some tips to help you achieve that.

At the time of writing, there are 159 champions in the League of Legends and a total of five roles in the team to which they may belong. To advance through the game more easily and improve your League of Legends rank, it is important to concentrate on one major champion and one role. It is enough to have two or three additional champions and one related role in the reserve. For example, if you play as a mid-laner, keep in reserve one additional champion for the mid lane and one or two for the top. If you play in the ADC position, you can play one or two additional supports, in case your main champion is not available.

Most professional players and well-known streamers agree that in order to increase the rank, but also to improve in the game in general, it is important to choose a Main. In case the opponent picks or bans it, you can rely on some of the champions you have in reserve.

When picking your Main Champion, take into account your playstyle and how you master mechanical difficulties. Some champions are mechanically more demanding, some less so. No matter that your opponent might counter you, if you have mastered your champion very well you won’t feel it that much. If you play Renekton in the top lane, you’ve played a lot more matches with that champion against other popular champions and you know better how each matchup works, which is why you’ll be ahead of the game.

Stop blaming others for mistakes and defeats

LoL is a team-based game. If you play alone, you will be matched up with four unknown teammates. As in any other team game, communication is extremely important. However, if you start criticizing other players, often that will prove fruitless. The only player whose game you can directly influence and whose game you can improve is yourself. No matter the current rank, you need to accept the fact that you are responsible for that, no matter how hard it is sometimes to do so. Since there are four unknown players in your team and five in the opposing team, the chances are higher that a bad player will be in the other team. As much as you are angry because the jungler didn’t play properly, it won’t make him a better player. Your game is what you are always able to influence. Dealing with others and being angry about their failings will not make you a better player.

Instead, watch a replay of your last match and keep your eyes on your own mistakes so as not to repeat them in the next match. You can do this in the League of Legends Client under Match History, as shown in the figure below.

Minions and how to manipulate them

Each player has faced the situation: wanting a duel against the opponent. However, in Summoner’s Rift there is a guaranteed gold, which are the minions. Proper last hitting is one of the most important mechanics in the game and what separates the good from the bad and the best players. You can practice playing against AI or in normal games. With some heroes it is easier to perform the last hit, and with some it’s more difficult. This is influenced by the auto-attack animation and range, as well as the stats of the champion himself. For example, it is much harder to efficiently and timely kill minions with Soraka than it is with Ezreal.

More advanced minion wave control mechanics are push and freeze. The first is based on eliminating the minions played by the opponents as soon as possible so that yours can move towards the enemy turret. It is usually used to force the opponent to lose minions or to be able to return to the base to buy new items. The downside is that you get exposed to your enemy because you are away from your own turret. Freezing means stopping the minion in the middle of the lane, in the neutral zone. You can do this by ensuring that there are always equal numbers of your and your opponent’s minions, fighting each other around the middle of the lane, or a little closer to your turret. This makes it easier to control your opponent’s movements or even prevent him from making a last hit, depending on the matchup.

ProGame for hydration, endurance and focus

Being rested and fresh, with enough energy and concentration will also help you improve your game. It is recommended that you warm up well before you start playing ranked with the help of simple exercises and some ARAM or normal game. ProGame Stamina with cherry flavour and ProGame Focus with a combination of mango and apricot flavours will help you maintain energy levels and focus while playing. No sugar crash. Of course, it will also keep you hydrated.

If you are playing several games in a row, don’t forget to stretch between them and rest your eyes! You will play best when you feel good physically and mentally. If you find yourself in a situation where you are just losing matches, maybe it’s time to play something else or just engage in some other leisure activity. No one feels great every day, and losing a hard-earned LP won’t help you feel better.

Good map visibility is extremely important. It is not enough to see what is happening in your lane, but you must also keep track of the situation of your teammates and opponents. If you are playing mid lane and the opponent’s top is not where he is supposed to be, it is very likely that it is moving towards you. Better control is achieved by proper warding and regular watching of the minimap. Everyone in the team is responsible for that, not just the support!!

Use your trinket ward and buy control wards regularly. They help not only you, but also your teammates. Learn the positions where you need to place them depending on the role you play. One of the tricks you can use is to play with a timer, which will notify you every 30 seconds to glance at the minimap. You will soon get into the habit and you will not need it anymore. You will see the progress immediately and it will help you avoid enemy movements on the maps or turn them to your advantage.

For more ProGame tips for League of Legends regularly check progame.gg! Which tips&tricks would you see covered in the next text? 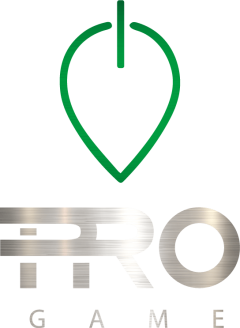